Reggie Brandon Belafonte is the secondary antagonist of Surf's Up.

Notably much smaller than the majority of the penguin characters. Reggie is clearly insecure about his lack of height as he attempts to compensate with his extremely tall hairstyle. This deep rooted insecurity could be part of the reason he sides with the main antagonist Tank in a bid to impress one of the largest penguins on the island.

Reggie is a greedy and selfish boss cares nothing but himself. He only uses people to work for him. 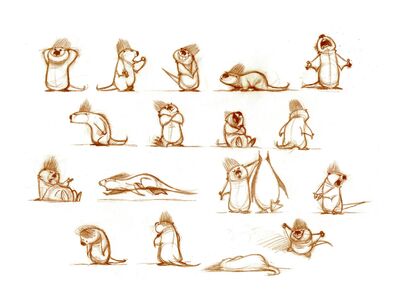 Add a photo to this gallery

Retrieved from "https://surfs-up.fandom.com/wiki/Reggie_Belafonte?oldid=1669"
Community content is available under CC-BY-SA unless otherwise noted.